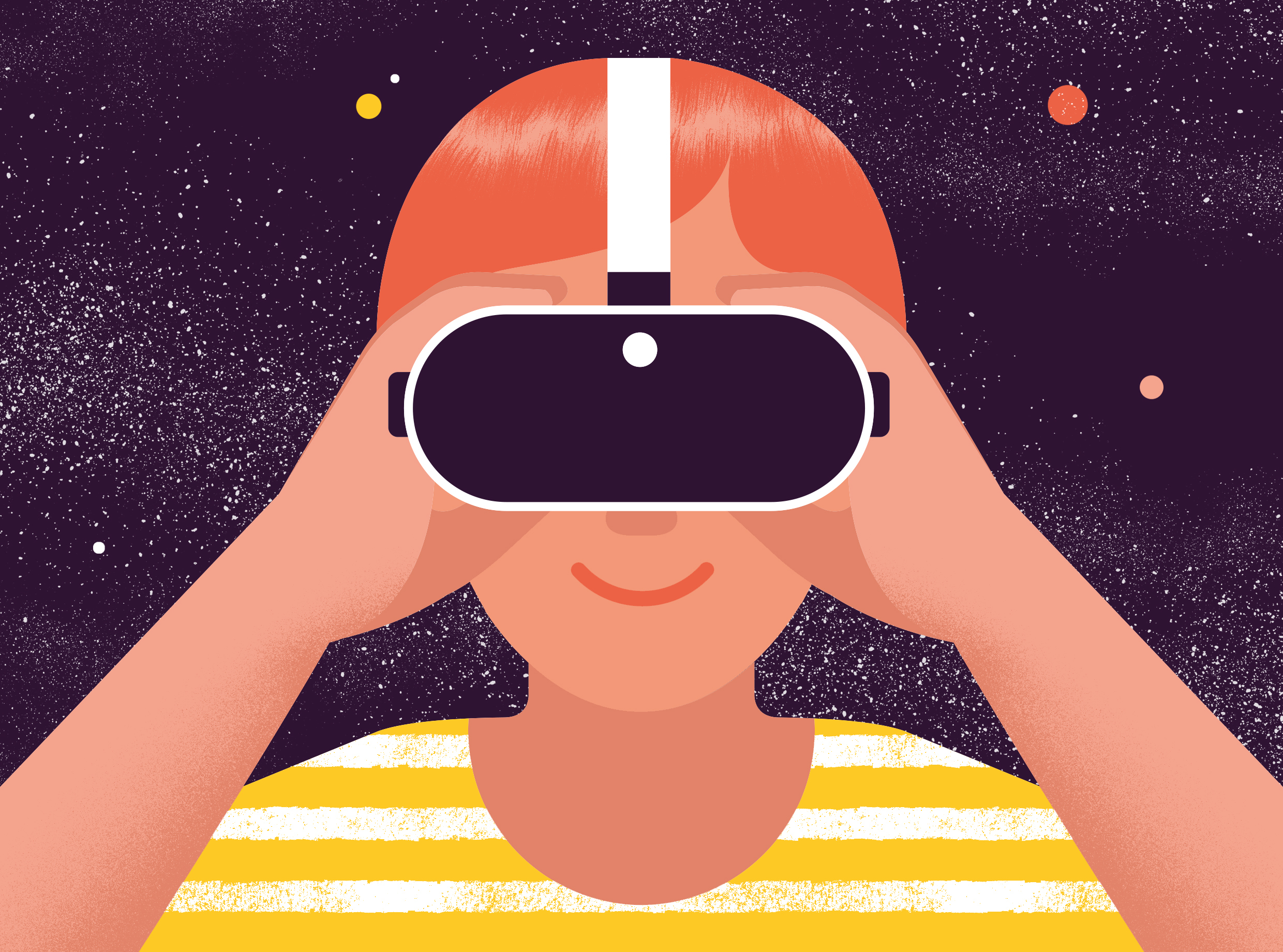 Adopt New Tech Before Everyone Else

Because being first puts you in a strong position to win new business.

One glaring constant in your career is that the technology you’ll use for your craft will regularly change. When this happens you have a choice: Hold on to what you know or become an early adopter, exploring the next thing. It’s the early adopters who take the early lead towards mastering the newest tools will have a greater chance of winning the race for new client opportunities. While mobile innovators are the stars of today, futurists are already looking ahead at the possibilities of virtual reality.

Despite this new kind of parallel universe still being in its earliest incarnation, Unit9 interactive filmmaker Anrick Bregman has shot out the gate and has already produced virtual reality videos for the likes of Lexus, Stella Artois, and Water.org, along with devising his own video game, Storm. The London-based Bregman has so far tagged along with professional cyclist Christian Vande Velde in the Malibu hills for the Lexus shoot, while he traveled to a remote Honduras village for the Water.org production sponsored by Stella Artois.

By being a leader in the developing field, Bregman has been flooded with commission requests and now sits in the enviable position of being able to pick and choose what he works on next, whether that’s a humanitarian video in India or commercial production in Spain. (or, like he is doing now, both)

So how does one know when to leap into new tech? We recently caught up with Bregman who explained how he was became one of the first VR adopters in the creative community and how you can make your own art when you see the next generation of creative tools beginning to come into view.

“I started by putting my own money down in early 2015 and looked at this as making an R & D investment,” says Bregman. “A friend of mine built a 360-degree view drone rig and we went to Ireland and flew the drone over a cold, icy landscape in February. The filming wasn’t perfect, but I was impatient to learn about the process and have something on my reel to show off, to say ‘I’m doing this now.’

When you’re willing to put your own time and money into a project and see that through, people are impressed by your determination.

“When you’re willing to put your own time and money into a project and see that through, people are impressed by your determination. A lot of agency people had seen the inklings of VR at the time, but they needed to see someone be able to pull off a project first. My first virtual reality client was Team One, an agency in Los Angeles that deals with Lexus. The creative director there saw my Ireland project and wanted to make a project together.”

Takeaway: No matter how often big corporations say they want to be on the cutting edge of cool, they tend to be less willing to experiment with emerging platforms…until someone else has tried it first. So you’ll likely have to undertake the experiment for them, like Bregman. Once you show them the possibilities that come from new tech, they odds are better they’ll try it – and commission you.

Do your research (even if you have little to go on)

“The biggest insecurity I experienced was that I never know if something was going to work,” says Bregman. How could he? Virtual reality was so new when he began his first project with Lexus that he essentially had nothing to go on. For the Lexus shoot, Bregman and his team had to attach 360-degree cameras to cyclist Vande Velde’s helmet so Vande Velde could film his perspective of biking around the Malibu hills at 40 mph. There was a lot at risk: Would the camera stay on at that speed? Could the helmet rig impair the champion cyclist and cause some kind of injury? And was the camera able to take clean shots atop a constantly-moving head?

New technology doesn’t give you an excuse to say, “I don’t know what will happen” when working on a client project.

Prior to flying to Malibu, Bregman held a camera test day in London. “We got 3D-printed versions of all of the rigs that we would use in the real shoot, and we had an amateur cyclist spend the day biking around London testing out the rigs and giving us feedback,” says Bregman. This way Bregman could address any problems with the rigs before he started the shoot with Vande Velde, rather that wasting the first day of production in Malibu messing around with them. Bregman’s preparation paid off. All went well with the shoot in California.

Takeaway: Sure, it’s fun to explore with new technology, but that doesn’t give you an excuse to say, “I don’t know what will happen” when working on a client project. Before you tackle paid work, you have to thoroughly research what you plan to do. While you can’t remove all the risks given the unknown, you can certainly minimize by doing your homework. Corporations are typically risk-averse, so make it easy on the by removing the unknown.

“We are seeing this split in VR,” says Bregman. “The commercial work is going more towards traditional film making, such as TV commercials. Our clients want us to do what they have traditionally done with film but just have us add the 360-dgree perspective to it. But in documentary work, it’s a very different landscape. If you’re shooting a documentary using film, with the way the 360-degree camera works, you’re putting the viewer middle of the space and allowing them to explore and discover it for themselves.”

“When you’re filming in a small poor village in the middle of a jungle eight hours from the nearest city you have to change your approach.”

He first began to notice this split after the Lexus shoot when he went to a remote village in Honduras to film a documentary for Water.org. “Everything we learned from Lexus, we tried to apply to Honduras and you can’t because it’s a different landscape,” says Bregman. “When you’re filming in a small poor village in the middle of a jungle eight hours from the nearest city you have to change your approach. You can’t approach it like a commercial shoot and put lights on peoples’ houses.”

Takeaway: New tech will impact how you create your work and the final result in ways that run counter to your habits. You will potentially have to apply different techniques and ideas to each one of your projects early on to discover what fits best in the new medium. Don’t get frustrated. Think of what you’re doing as accumulating a broad set of services that you will be able to provide for any kind of client assignment down the road.

Once Bregman started receiving corporate projects, he didn’t stop with the personal projects. In fact, over the last six months he’s been developing a video game concept called Storm, a self-funded idea where the player has to see if they can survive in a virtual reality snowstorm.

Experiment! But don’t use your clients as guinea pigs.

“The project has grown week after week and now includes a small team of people who work on  it outside of their day jobs,” he says. The ultimate goal is to sell it directly to consumers once it’s ready to be published. In the meantime, Bregman’s work on Stormallows him to experiment with new ideas – and fail – in a safe environment (i.e. without having to worry about upsetting a client if something goes awry). “A personal project like this helps me with my commercial work and vice versa,” says Bregman. “They feed each other.”

Takeaway: Don’t use your clients as guinea pigs. Create an ongoing project that only you or your office works on, and have that be your hypothesis testing ground. This way, you’ll be able to perfect your zany notions in-house, so you don’t bring them to your clients in a still-evolving form.

Brands are finally starting to set up budgets for virtual reality work, and, as Bregman looks at the funding trail, he is determining how he can best position himself in this budding market.

“I get stuck in my fascination for production work, for making, building, writing and animating when really I’d like to develop a great concept and get investment for that concept,” says Bregman, who is looking to move up in the film industry hierarchy from the person who makes films for brands to making his own films. “As people decide there is more value in investing in content, it’s about the right time for me to connect with them,” he says.

Takeaway: As an early adopter and market leader, you’ve got the chance to decide how you are viewed in this new world and what you sell. If you spot an opportunity to make more money or expand your business offerings, by all means jump on it. Utilize the technology to elevate your career standing. 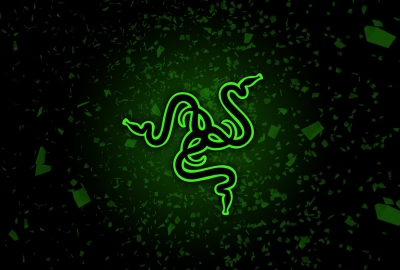 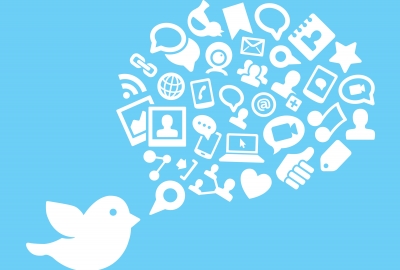